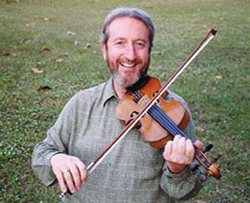 He has recorded many of them himself and published his first volume of tunes in 2009.

His tunes have yet to be widely adopted. Eve's Jig stands out as one that's catching on.


You can read an interview with James here http://www.irishfiddle.com/kellyinterview.html

James Kelly is one of Ireland’s most renowned traditional fiddle players. In addition to his performing and recording career, he is one of Irish music’s most prolific composers, having composed over 1000 tunes to date.

A deep appreciation for the wide range of music styles in Irish traditional music has given James a unique insight for interpretation, and that insight has in turn, shaped his own compositions. In 2009 he released his first book of compositions 101 Traditional Irish Dance Tunes composed by James Kelly. (available to purchase here)

The tunes in this collection are the natural outpouring of an individual completely immersed in the idiom of traditional music. This book brings together a feast of music – 6 barndances, 1 highland fling, 2 hornpipes, 31 double jigs, 7 slip jigs, 3 polkas, 42 reels, 5 slides, and 4 strathspeys . James’s jigs and reels are influenced by the expressionist style of West Clare, while the happy lilt of his polkas, slides, and barndances comes from long experience with the set dancing of Sliabh Luachra, West Cork, and North Connacht. In this collection James also salutes the distinctive sounds of Scotland’s fiddle tradition with four strathspeys.

Born in Dublin, James Kelly grew up listening to and playing traditional Irish music. His father, John Kelly, the renowned fiddle and concertina player from Co. Clare, began teaching James to play at the age of 3. James' father was also a founding member, with Sean O'Riada, of "Ceoltoiri Cualann", a traditional group that, in many ways, was responsible for the modern revival in Irish Music. James' love of the music and his ability as a player launched, at age 14, his performing and recording career with several broadcasts for R.T.E. (Irish National Radio and T.V.).

At the age of 16, he won first place in the prestigious Fiddler of the Year competition and he also recorded his first album, a fiddle duet with his brother John. During that time, he joined the group Ceoltoiri Leigheann (Leinster Musicians), that included his father John, Paddy O'Brien, Mary Bergin, and Paddy Glackin. He recorded 2 albums with this group before emigrating to the U.S. in 1978. He spent the next three years touring the U.S with Paddy O'Brien and Daithi Sproule and recorded two albums for Shanachie records.

In addition to his performing career, James has composed over 800 tunes and has considerable experience in teaching Irish music. He established weekly fiddle classes at Na Piobairi Uilleann (the Piper's Club) in Dublin in the early 1980's, he has taught for many years and continues to teach at the prestigious Willie Clancy Summer School in Miltown Malbay, Co. Clare as a master fiddle teacher; and he has participated in the student-teacher program sponsored by Comhaltas Ceoltoiri Eireann, giving fiddle exhibitions. He has twice been awarded grants to teach as a master artist in the Florida Folklife Apprenticeship Program. In the field of research, he was a co-worker with the late Breandan Breathnach, the great authority on Irish music, in compiling his complete index (over 10,000) of traditional Irish dance tunes. In 1983, James wrote a review of a publication on Sligo fiddle styles in the Irish journal "Ceol".

Although he has played and recorded with some of Ireland's premier folk groups, it is as a solo performer that James has made his reputation. He has played many of the major U.S. folk festivals, including the Philadelphia Folk Festival, Wheatland, the Milwaukee Irish Festival and more. Additionally, James has appeared a number of times on Garrison Keillor's national radio program, "A Prairie Home Companion." In 1988, James was a presenter of the "Pure Drop" series for Irish T.V. hosting six shows of this 12-part series about the traditional music and musicians of Ireland.

James recently released his third solo CD, is compiling his 800+ compositions for publication, as well as recording an instructional DVD for fiddle students. James continues to tour the U.S., Canada and Europe with some of Irish music's leading accompanists.

Two of the major influences on his playing are the Clare and Sligo styles, named for two counties in Ireland long famous for their fiddle music. The Clare style is even-flowing and highly ornamented, while the Sligo style, though equally ornamented, is bouncier. These influences along with many others have helped create a style which, to the ears of aficionados, is unmistakably James' own.

"James is one of the most outstanding Irish musicians of this or any generation."
Dr. Mick Moloney, Musician and Folklorist, New York University