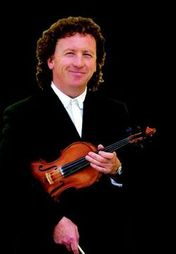 Frankie Gavin is one of the most renowned living Irish musicians. Though primarily known as a virtuoso fiddler and founder member of De Danann, he has composed several tunes. One in particular. Alice's Reel, has entered the standard repertoire


The following biography comes from http://www.taramusic.com/biogs/fgavinbg.htm

Frankie Gavin was born in 1956 in Corrandulla, Co. Galway. He comes from a musical family: his father played fiddle, and, his mother and all of her family played also. He started playing the tin whistle at age four, making his first T.V. appearance three years later. At the age of ten years old Frankie began to play fiddle and at the age of seventeen he placed first in the All Ireland Fiddle Competition and in the All Ireland Flute Competition, both on the same day.

Mainly learning by ear, he was strongly influenced by the 78 recordings of Michael Coleman and James Morrison. Sessions in the Cellar Bar, Galway and later in Hughes’ pub in Spiddal led to the formation of De Dannan in 1973.

His Currandulla connection came in useful when De Danann were looking for a singer, and it was he who came up with Dolores Keane from nearby Cahirlistrane. When De Danann brought out their first album, her singing of The Rambling Irishman gained a lot of airplay for the group. Although De Danann has had many highpoints over a quarter of a century, particularly with the singing of Dolores Keane and Maura O'Connell and the box playing of Mairtin O'Connor, Frankie’s powerful virtuoso fiddle playing has always been at the core of the De Dannan sound.

He has recorded 16 albums with De Dannan as well as a number of solo albums, and three collaborations: one a tribute to Joe Cooley entitled ‘Omos do Joe Cooley’ with Paul Brock; a fine collaboration with fellow De Dannan member Alec Finn; and one with Stephane Grapelli exploring the languages of jazz and traditional music. He has also guested with The Rolling Stones on their ‘Voodoo Lounge’ album, with Keith Richards on ‘Wingless Angels’ and with Earl Scruggs the great banjo man.

Exposure to American audiences began in 1976 when he played with De Danann at the American bicentennial celebrations in Washington DC, with artists such as Junior Crehan and Micho Russell. Frankie has also been invited to play for numerous State officials including President John F. Kennedy on historic visit to Ireland in 1962, French president Francois Mitterand and England's Prince Charles. Of a special event in America, United States Ambassador to Ireland, Jean Kennedy Smith is reported to have commented that "The best all 'round performance of the entire week at Kennedy Center was by DeDannan."