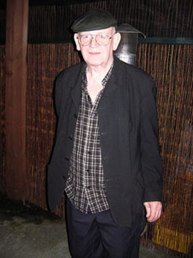 Finbarr Dwyer was a legendary traditional Irish accordion player and composer from the famed Dwyer musical family.
He was an enigmatic musician who released many albums and performed extensively until around 1990 where he took an extended break from live performance. Then in 2007 he surprised many by returning to live performance for a couple of years. These live performances varied from stunning displays of his musicianship to unpredictable shows where he would play electric guitar and numerous waltzes.
He passed away in 2014, leaving behind a great legacy/


He recorded many of his own compositions and several of them are now in the regular repertoire of traditional musicians including The Beare Island Reel, Berehaven, The Holly Bush, The Kylebrack Rambler and Farewell to Kilroe.

This biographical material comes from Wikipedia