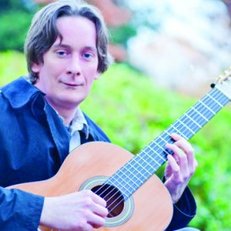 Dave Flynn was born in Dublin in 1977. Whilst he works across many genres as a composer and guitarist, he is perhaps best known for the compositions he has written for traditional musicians such as Martin Hayes, Dennis Cahill, Caoimhín Ó Raghallaigh, Mick O'Brien, Martin Tourish, Harry Bradley, Líadan and Siobhán Peoples.

The music he has written for Martin Hayes has been widely performed and acclaimed, this includes a 22 minute suite Music for the Departed and Aontacht a concerto for fiddle and orchestra which Martin Hayes premiered with the RTÉ Concert Orchestra in 2010.

Some of Flynn's tune compositions are found on his albums Draíocht (2006) and Contemporary Traditional Irish Guitar (2009) both released on Frisbee Records.