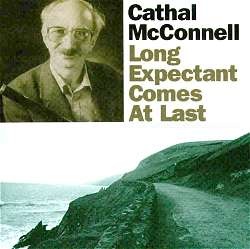 Fermanagh man Cathal McConnell is one of the great characters of the Celtic folk scene. Founder member of the legendary Pan-Celtic band Boys of the Lough, McConnell is a much loved flautist, whistle player and singer.

He has also composed some beautiful tunes, the best known of which is The Sunset which he co-composed with Séamus Quinn.

This is a haunting slow reel which begins in the unusual key of F# minor and goes in many modal directions.

This tune was famously recorded by the Donegal group Altan amongst others.

McConnell has composed many more tunes, including the jigs Scotland-Ireland, The Hangover and The Fermanagh Curves. None of these have yet to enter the wider tradition.

More information about Cathal can be found on the official Boys of the Lough website.