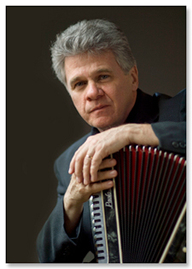 Born in Brooklyn,  Billy McComiskey is one of the leading Irish-American traditional musicians.

He has composed numerous tunes, some of which are in the regular repertoire including The Controversial Reel and The Commodore, which he apparently wrote most of and then his friend, the fiddler Brendan Mulvihill, suggested the vital F natural note that makes the second part of the tune so distinctive.

This biography comes from the Mid Atlantic Comhaltas website
Billy McComiskey, a highly regarded player/composer of Irish traditional music, was born in Brooklyn, New York in 1951. He picked up the button accordion at age six, inspired by his uncles’ playing and his mother’s love of the music. At age 15, Billy met his mentor, Sean McGlynn, a master and proponent of the East Galway style that now characterizes the playing of many of New York’s finest Irish accordion players.

Billy’s 1986 All-Ireland championship title attests to his mastery of the button accordion. His tunes are becoming a part of the traditional repertoire wherever Irish music is played. Several of his compositions have been recently published in Josephine Keegan’s new collection of Irish Traditional Tunes, “A Drop in the Ocean.” He is known on both sides of the Atlantic as an indefatigable session player, teacher and promulgator of The Music.

But Billy takes most pride in the development of the Irish traditional music community in the Baltimore-Washington area. He formed the Baltimore Ceili Band twenty years ago and performed with them at the 2004 Catskill Mountains Irish Arts Week in the legendary Shamrock House of East Durham, NY to a packed hall of enthusiastic dancers and music lovers, many of whom traveled from Baltimore to support them. Billy lives in Parkville, a suburb of Baltimore, with his wife Annie, their three sons, Patrick, Sean and Michael and their dog, Sally.